The constituency is very diverse, comprising areas such as Vile Parle and Bandra West where the upper class elite including several Bollywood actors reside, and on the other hand areas such as Kurla and Chandivali which have large slum communities. The constituency is knownfor its low voter turnout, having had a meagre 39.52 % voters turn up for the 2009 elections, and 48.66 % in the 2014 elections.

The nominations of 20 candidates from different political parties or standing independently have been accepted by the Election Commission of India (ECI). 4 nominations have been rejected, and 3 candidates have withdrawn their candidature.

Mahajan is the incumbent MP from the Mumbai North Central constituency, and is the current president of BJP’s youth wing. She is the daughter of former BJP politician Pramod Mahajan.

Click here for her complete profile — personal details, performance as MP, and utilization of MPLAD funds.

Mahajan’s assets have diminished by 98% from 2014 to 2019. She states the failure of her husband’s business and the repayment of the previous liabilities as the reason for decline in assets.

Priya Dutt is a former two-time MP who has represented Mumbai North West and Mumbai North Central constituencies. She is daughter of the late actor-turned-politician Sunil Dutt and actor Nargis Dutt, and sister of actor Sanjay Dutt.

During her first term she was member of

During her second term she was member of

Priya Dutt contested the 2014 Lok Sabh from the same seat but lost to Poonam Mahajan of the BJP. 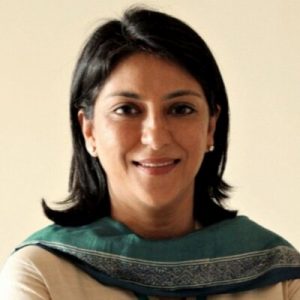 Dutt has developed a manifesto outlining her vision for the Mumbai North Central constituency, which can be accessed here.

Details of her affidavit filed for the 2019 Lok Sabha elections can be found here.

Sneha Kale will be the first transgender candidate to contest from Mumbai. She has stated that by standing and competing in elections, she would like to fight for the rights of the transgender and other marginalized communities.

Details of her affidavit filed with the Election Commission of India can be found here.

Issues in the constituency

A survey in 2018  titled by A Survey on Governance Issues and Voting Behaviour by the Association for Democratic Reforms found that residents of Mumbai North Central considered better employment opportunities (51.44 %), Traffic congestion (42 %), Noise Pollution (41.26 %) as the most pressing issues in the constituency.

Voters of the constituency who live in the vicinity of the airport are reported to have expressed grievance over the stringent rules in effect in the locality that are making it impossible to repair the buildings of residence which are very old and crumbling. Rehabilitation of residents in the densely populated slum areas is also an issue.

Waste and lack of healthcare facilities are also critical issues among lower-income voters in Kurla east.

About Arjun Rajan 5 Articles
Arjun Rajan was a Research Associate at Citizen Matters.

NFHS-5 shows progress for sanitation in Mumbai, but do ground realities bear this out?

According to NFHS-5 data on sanitation, Mumbai gets top marks for drinking water and menstrual hygiene, but lags in the use of toilets.

Mumbai’s Tree Authority had for long led a quiet existence, issuing permissions without fuss to cut trees to make way for the city’s rapid urbanization. People are now looking up to the courts as a last resort to save the green cover of the city.

Mumbai’s highrises are not fire-safe. Here’s why.

A fire in a 61-storey building has sparked debate on firefighting mechanisms in highrise buildings. Who is responsible for this?